The Trump administration is moving toward handing back to Russia two diplomatic compounds, near New York City and on Maryland’s Eastern Shore, that its officials were ejected from in late December as punishment for Moscow’s interference in the 2016 presidential election.

President Barack Obama said Dec. 29 that the compounds were being “used by Russian personnel for intelligence-related purposes” and gave Russia 24 hours to vacate them. Separately, Obama expelled from the United States what he said were 35 Russian “intelligence operatives.”

A senior House Democrat accused President Trump of planning “to pay back the Kremlin” for the Russian-linked cyberattacks against the Democratic Party during the 2016 elections.

Trump’s team reportedly might return two facilities in the United States that Russia lost when then-President Barack Obama imposed sanctions on the Russians in December as punishment for stealing and leaking Democratic emails. New York Rep. Eliot Engel, one of the House Democratic leaders on foreign policy, accused Trump of having corrupt motives.

“I can’t help but ask if Trump is now starting to pay back the Kremlin for criminally hacking the election in his favor,” Engel, the top Democrat on the House Foreign Affairs Committee, said Thursday. “This is another offense against the American people and another step toward selling out to the Kremlin.” 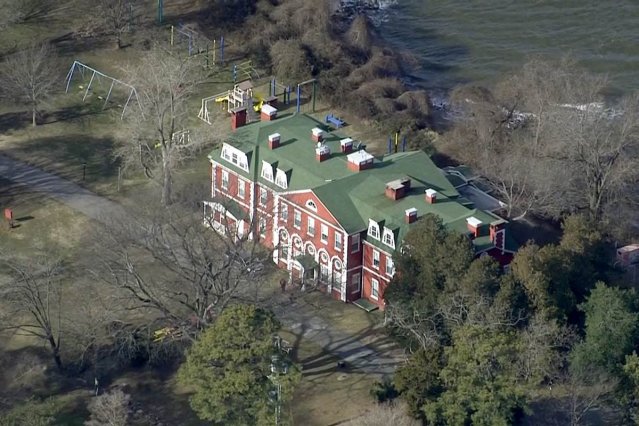 The Russian government-owned compound in Centreville, Maryland seen from above.