There is no evidence these hackers penetrated the classified computers systems used by the Whitehouse, the State Department, and Intelligence agencies.  But this article takes on a new significance now that we have seen the evidence that the Russians used their hacking capabilities to influence the 2016 election.  It also relates to the recounts that are now beginning to take place in Wisconsin, Pennsylvania and Michigan.  These recounts are seeking to determine whether Russia used its hacking ability to influence the results of the U. S. election.

The Times article went on to say,

… officials have conceded that the unclassified system routinely contains much information that is considered highly sensitive: schedules, email exchanges with ambassadors and diplomats, discussions of pending personnel moves and legislation, and, inevitably, some debate about policy.

Officials did not disclose the number of Mr. Obama’s emails that were harvested by 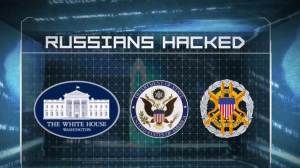 hackers, nor the sensitivity of their content. The president’s email account itself does not appear to have been hacked. Aides say that most of Mr. Obama’s classified briefings — such as the morning Presidential Daily Brief — are delivered orally or on paper (sometimes supplemented by an iPad system connected to classified networks) and that they are usually confined to the Oval Office or the Situation Room.

Still, the fact that Mr. Obama’s communications were among those hit by the hackers — who are presumed to be linked to the Russian government, if not working for it — has been one of the most closely held findings of the inquiry. Senior White House officials have known for months about the depth of the intrusion.

On October 7th the U.S. intelligence community released a joint statement which concluded that the Russians were responsible for hacking the emails of the DNC and they were attempting to influence the U.S. Election.

The F.B.I. warned state election officials in August of 2016 that hackers directed by Russia had exported voter registration data from computer systems in at least one state, and had pierced the systems of a second one.  NBC News reported in September that,

Senate Minority Leader, Harry Reid, said in August that recent classified briefings from senior intelligence officials left him fearful Putin’s goal is tampering with the U.S. election.   Reid noted that hackers would only have to manipulate the vote in a few swing states to influence the outcome of the election.  He called for the F.B.I. to investigate the efforts of the Russians to tamper with the U.S. election.

In September of this year the Head of the National Security Agency said the following, “the potential for Russia to harm the U.S. electoral process in the upcoming general election is a concern.”  The fact that the candidate favored by the Russians won the election through a vote that was historically close, should only enhance our concern.